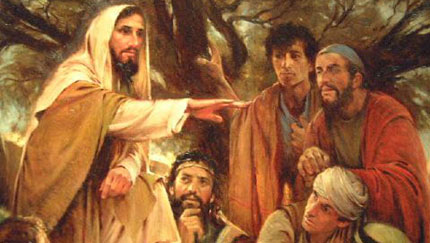 The Life of Jesus Christ, OVERVIEW #6

Jesus was sent to confirm everything that had been written about God, as well as what the prophets had said. And not only would He confirm those things, He would fulfill all the rest of the messianic prophecies that people were wondering about (Matthew 5:17-18).

The birth of Jesus is described in the Gospel of John as something extraordinarily strange and special: “The Word [of God] became human and lived here on earth among us” (John 1:14). Jesus wouldn’t just say all the right things;

He could actually show us what God is like. Jesus spent about 33 years on earth, but he was involved in public ministry for only three of them. He worked primarily among a dozen disciples to teach them and prepare them to carry on after He was gone.

He got a lot of attention for His public miracles and healings and began to draw a crowd wherever He went. He also began to attract the attention and derision of the religious leaders of His time, who were threatened by the acclaim He received from the masses of people.

He eventually was convicted by a Roman court (fueled by accusations and misinformation from His opponents) and was crucified. The religious leaders knew Jesus had foretold His own resurrection, and they took every precaution to prevent it.

The Gospels record their failure, because the resurrected Jesus was seen on no less than ten separate occasions before His final appearance when He ascended into heaven before the eyes of His disciples. (These events are documented in the No-Brainer’s Guide to Jesus, so we won’t go into further detail here.)

But among Jesus’ final teachings was a promise that even though He would soon be returning to His Father, He would not leave His followers alone and helpless. He assured them of the coming of “another Counselor” (John 14:16). 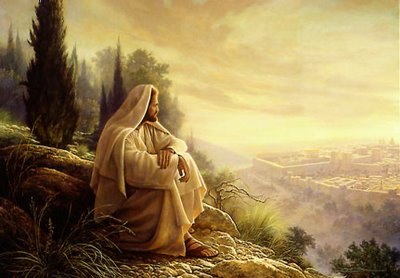 Cecil Frances Alexander (1818–1895) was always a poet. She began writing poems at the age of nine. When Cecil was thirty-two, she married William Alexander, a parish minister in an impoverished rural area of northern Ireland. She loved the people.

“From one house to another, from one bed of sickness to another, from one sorrow to another she went,” wrote one historian. Another said, “Day after day she rode over the wet moorlands in all weathers, carrying food, warm clothing, medical supplies to the impoverished and sick.” She especially loved children, and most of her hymns were written for them.

Two that are well known are “All Things Bright and Beautiful” (May 5) and “Once in Royal David’s City” (December 12). “Jesus Calls Us” was one of the few hymns she wrote for adults, and it illustrates her ability to apply Scripture forcefully and devotionally. She wrote the hymn at her husband’s request, to accompany a sermon he was preaching about the calling of Andrew by Jesus on the shores of Galilee.

Jesus calls us; o’er the tumult
Of our life’s wild, restless sea,
Day by day His sweet voice soundeth,
Saying, “Christian, follow Me.”

Jesus calls us from the worship
Of the vain world’s golden store,
From each idol that would keep us,
Saying, “Christian, love Me more.”

In our joys and in our sorrows,
Days of toil and hours of ease,
Still He calls in cares and pleasures,
“Christian, love Me more than these.”

Jesus calls us: by Thy mercies,
Savior, may we hear Thy call,
Give our hearts to Thine obedience,
Serve and love Thee best of all.

There are so many people in this world, who Loved Jesus Christ, and for some to say, they do not believe in Him and that He never lived on this earth, it is so sad. Cecil loved Jesus and you can tell she did by her Hymn!